Kelly’s French Bakery has been baking the best bread and pastry in Santa Cruz County since 1981.  Originally opened in the Courtyard Commons downtown Santa Cruz, Kelly’s has since developed into a popular Westside cafe as well as a booming wholesale operation.

Kelly and Mark Sanchez worked and studied in France and Italy perfecting their traditional pastry and bread making skills.  Every morning at 3am, they could be found rolling out buttery croissants and pulling hot bread from the oven in the Courtyard Commons. Their hands-on European tradition of artisan baking attracted lines of patrons who quickly embraced the morning ritual of fines pastries and coffee.  Their success downtown lead them to opening a second bakery in Aptos and eventually to a wholesale bakery in Watsonville.

In 2001, Santa Cruz recoiled in shock when the Sanchez’s closed down their original Santa Cruz bakery.  “How could this be?!” Former patrons cried through the locked doors.  But, Kelly and Mark were planning a move that would not only relocate and consolidate their thriving business, but breathe LIFE into the Westside of Santa Cruz.  Their dream to re-create the Courtyard Commons that was destroyed in the 1989 earthquake, was happening.  And after three painstaking years of planning and construction, the Swift Street Courtyard was revealed and in 2003, the new Kelly’s French Bakery was born.

Now, Kelly’s is known for delicious food, fantastic baked goods and the best coffee in the world.  If you can’t make it over to see us today, be sure to pick up Kelly’s French Bakery breads and pastry at your local grocery store.  Thank you for your support and for thinking local first! 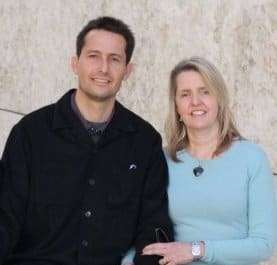